Industrialization fundamentally altered the production of goods around the world. It not only changed how goods were produced and consumed and what was considered a “good,” it also had far-reaching effects on the global economy, social relations, and culture. Although it is common to speak of an “Industrial Revolution,” the process of industrialization was a gradual one that unfolded over the course of the 18th and 19th centuries, eventually becoming global. 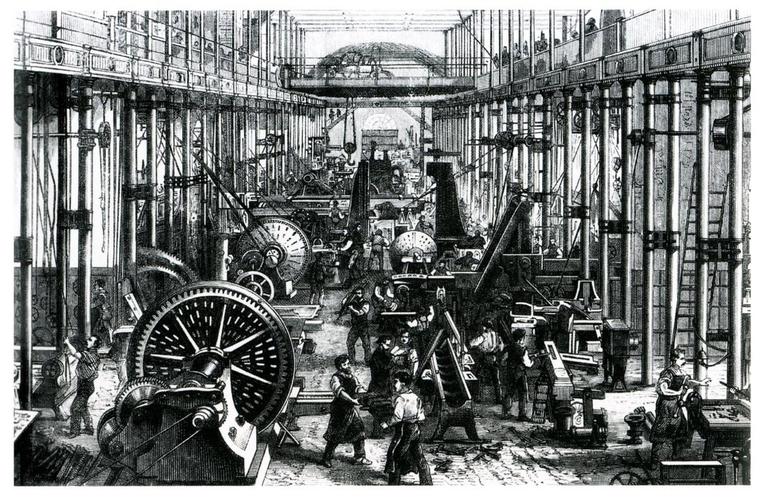 I.  Industrialization fundamentally changed how goods were produced.
II. New patterns of global trade and production developed and further integrated the global economy as industrialists sought raw materials and new markets for the increasing amount and array of goods produced in their factories.
III. To facilitate investments at all levels of industrial production, financiers developed and expanded various financial institutions.
IV.  There were major developments in transportation and communication, including   railroads, steamships, telegraphs, and canals.
V. The development and spread of global capitalism led to a variety of responses.
VI.  The ways in which people organized themselves into societies also underwent significant transformations in industrialized states due to the fundamental restructuring of the global economy.