The 18th century marked the beginning of an intense period of revolution and rebellion against existing governments and the establishment of new nation-states around the world. Enlightenment thought and the resistance of colonized peoples to imperial centers shaped this revolutionary activity. These rebellions sometimes resulted in the formation of new states and stimulated the development of new ideologies. These new ideas in turn further stimulated the revolutionary and anti-imperial tendencies of this period. 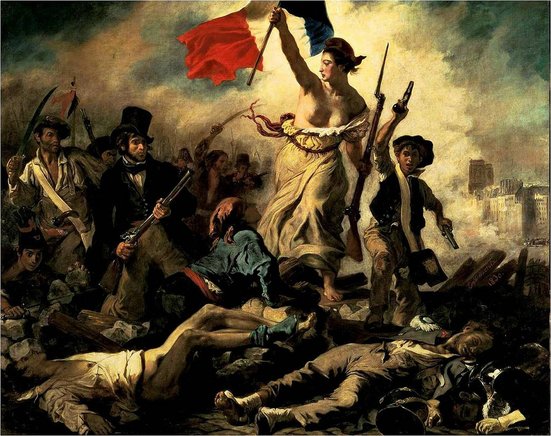 1
​The rise and diffusion of Enlightenment thought that questioned established traditions in all areas of life often preceded the revolutions and rebellions against existing governments.
2
​Beginning in the 18th century, peoples around the world developed a new sense of commonality based on language, religion, social customs, and territory.  These newly imagined national communities linked this identity with the borders of the state, while governments used this idea to unite diverse populations
3
Increasing discontent with imperial rule and the spread of Enlightenment ideas propelled reformist and revolutionary movements.
4
The global spread of European political and social thought and the increasing number of rebellions stimulated new transnational ideologies and solidarities.